The Zakat and Sadaqat Foundation (Z&S) on Thursday said it had disbursed N72.8 million to more than 650 beneficiaries in 2014. Imam Abdullahi Shuaib, the Executive Director of the foundation, said in Lagos that the disbursement was part of efforts to ensure even distribution of wealth to empower the less privileged.

He said that 2014 (1435) zakat collections were distributed evenly across the country. Shuaib had said at the foundation ‘s “10th Zakat Distribution Ceremony” held in Lagos that the amount distributed was less than the N82 million disbursed in 2013.

He acknowledged that there had been an increment in the annual disbursement from N24.1 million in 2009 to N82 million in 2013 and N72.8 million in 2014. He appreciated the “favourable” patronage of the zakah payers and their goodwill to the foundation.

He said between March and August 2014, the foundation disbursed N43 million zakah funds to more than 90 beneficiaries. The beneficiaries spread across the south-western region with majority of them resident in Lagos.

Shuaib recalled that the foundation had earlier distributed N76 million to 53 beneficiaries at its head office in Lagos Island. According to him, the foundation has decentralised distribution, with centres now in Enugu, Abia, Osun and Oyo states.

“In the coming days ahead, we will go to Ogun, Kwara, Abuja and Osun to disburse N9 million to 140 beneficiaries. At the Lagos “Zakah Distribution Ceremony,” held at University of Lagos Islamic Center, the foundation disbursed zakah fund worth N19.6 million.

According to him, the foundation has adopted the “global best practices’’ in the act of zakah fund and administration. “We appreciate the pains and trauma the poor and needy Nigerians go through on a daily basis and our passion to help them knows no bounds,’’ Olagunju said.

ZSF is a non-governmental and non-profit organization incorporated in Nigeria with the Corporate Affairs Commission (RC 21237 in 2002). Our primary objective is to deliver quality Zakat assessment, collection and distribution services to both private and public individuals as well as corporate organizations, providing humanitarian and welfare services to mankind and Muslims in particular. 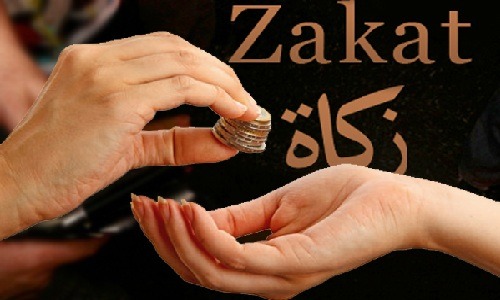 FAQ
Site Search
Chat with Us on WhatsApp
Live Chat
Send Us Email
Email Subscription
Leave your number. We will call you back!
Leave a Feedback
X